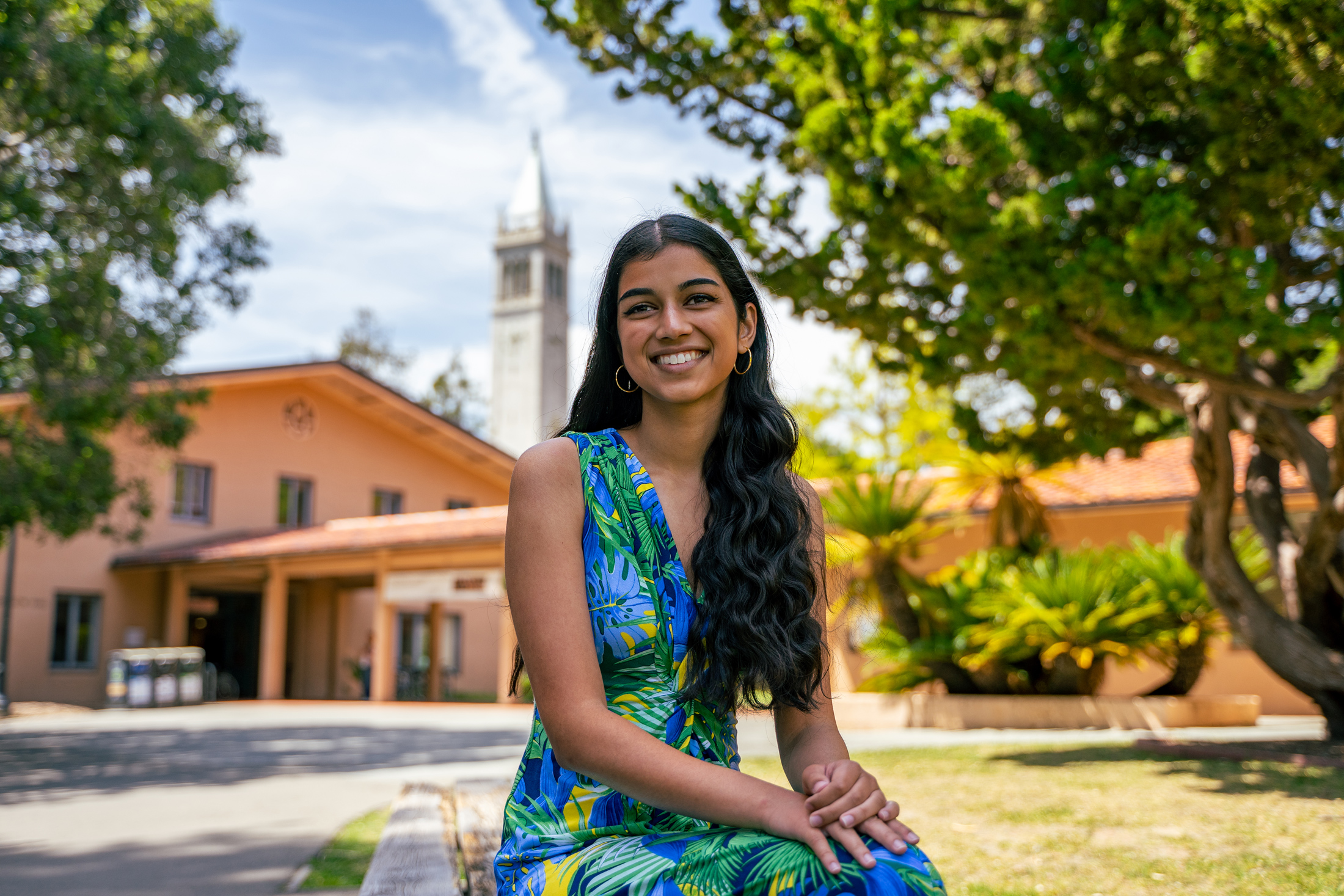 In her time at Berkeley, Pai has lobbied for greater diversity in STEM fields; taught a DeCal class highlighting female composers; and learned to play the rebab, a stringed instrument used in Indonesian gamelan music—all while balancing two work study jobs and maintaining a 4.0 GPA.

“I’ve gotten involved in so many different things because Berkeley lets you explore whatever you want to explore,” Pai told Berkeley News for a recent story announcing the award.

Pai completed an environmental sciences honors thesis on the rights of nature doctrine as a tool for Indigenous sovereignty across the United States. Her project was supported by the Charles H. Percy Grant for Public Affairs Research and the Center for Research on Native American Issues, and advised by Alastair Iles, associate professor of environmental studies.

“Anjika represents the very best of UC Berkeley, in all its dimensions from intellectual growth to social justice and public service to the pursuit of artistic passions," Iles wrote in a letter recommending Pai for the award. “She is among the most well-rounded, intrepid, and entrepreneurial of all the undergraduates that I have had the privilege to teach.”

As the university medalist, Pai addressed her graduating classmates during last Saturday’s campuswide commencement. Sharing a personal love letter to Berkeley, Pai touched on adjusting to California after moving from Jamison, Pennsylvania; weathering periods of political, societal, and environmental turmoil; and “building knowledge for the public good.”

“There will always be a special place in my heart for you,” Pai told her classmates, noting that her time at Cal helped her grow into “a kinder, smarter and far more laid-back person than I originally was.”

“But I need space to grow, and I need to take what I’ve learned here to keep furthering our mission for future generations,” she said. “In that way, I suppose it’s best for both of us.”

Pai will move to Boston this fall to pursue environmental law at Northeastern University on a full-tuition scholarship. Watch her full commencement speech in the video below.