Even pathogens have their limits. When it gets too hot or too dry, some pathogens — like many living things — search for cooler, wetter and more hospitable climes. Ecologists have questioned if a warming, drying climate is connected to the spread of plant disease, but detecting a climate change fingerprint has been elusive.

A study from researchers at Rausser College of Natural Resources and the University of California, Davis, provides some of the first evidence that climate change and drought are shifting the range of infectious disease in forests suffering from white pine blister rust disease.

“Because pathogens have thermal tolerances, we are seeing expansions and contractions in this disease’s range,” said lead author and Environmental Science, Policy and Management (ESPM) alumna Joan Dudney, a Davis H. Smith postdoctoral fellow at UC Davis in the lab of Professor Andrew Latimer, a study co-author. “Climate change isn’t so much leading to widespread increases in this disease but rather shifting where it is emerging.” 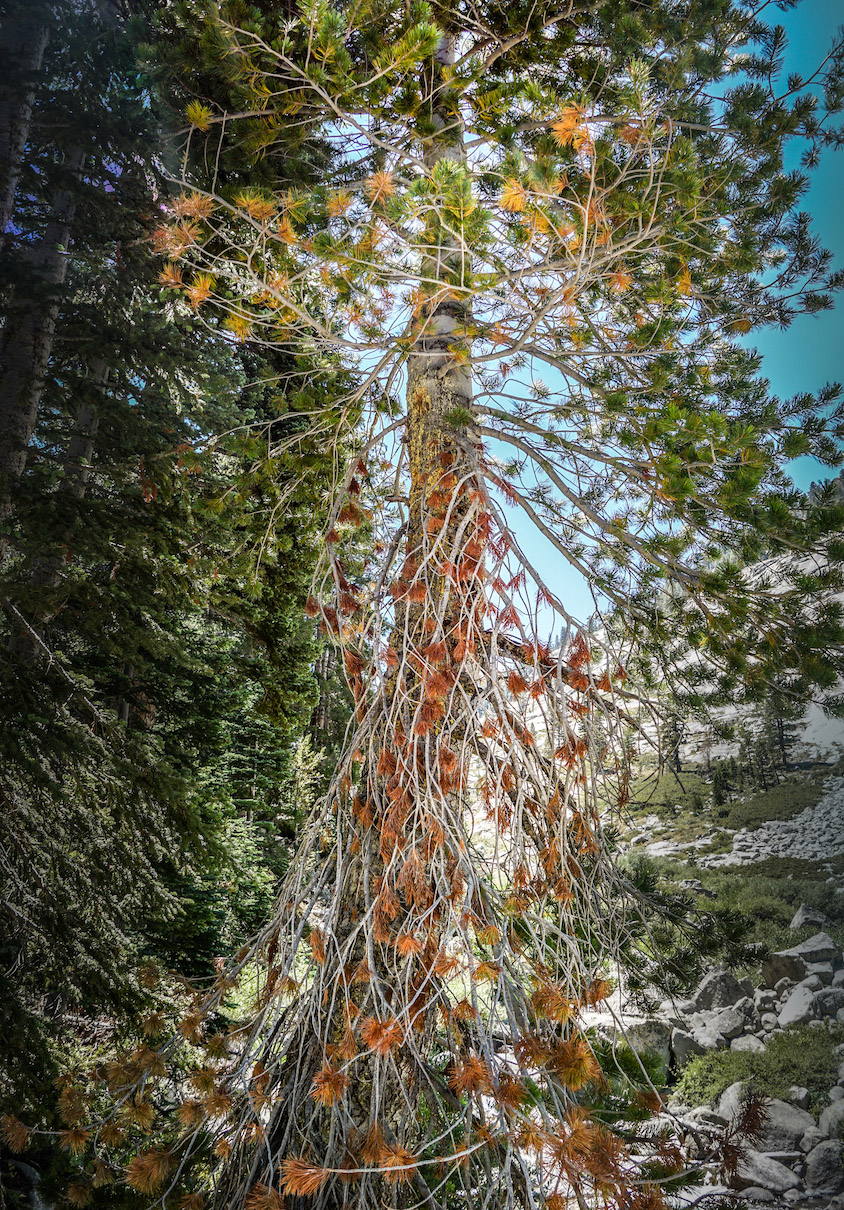 The study, published today in the journal Nature Communications,  found that white pine blister rust disease expanded its range into higher-elevation forests in the southern Sierra Nevada between 1996 and 2016. At the same time, it also contracted its range in lower elevations, where conditions were often too hot and dry for its survival.

White pine blister rust disease is caused by a pathogen, Cronartium ribicola,  and it has led to a major decline of white pine species throughout the U.S., including whitebark pine, which is in the process of being listed as a threatened species. The study suggests that whitebark pine and many other high-elevation pine species may become increasingly imperiled under climate change.

To collect the data, scientists spent five years resurveying long-term monitoring plots in the remote wilderness of Sequoia and Kings Canyon national parks, measuring stable isotope signatures in pine needles and collecting observations for over 7,800 individual host trees. The data includes two surveys that were about 20 years apart. What resulted is one of the first clear measurements of an infectious plant disease range shift into higher elevations. 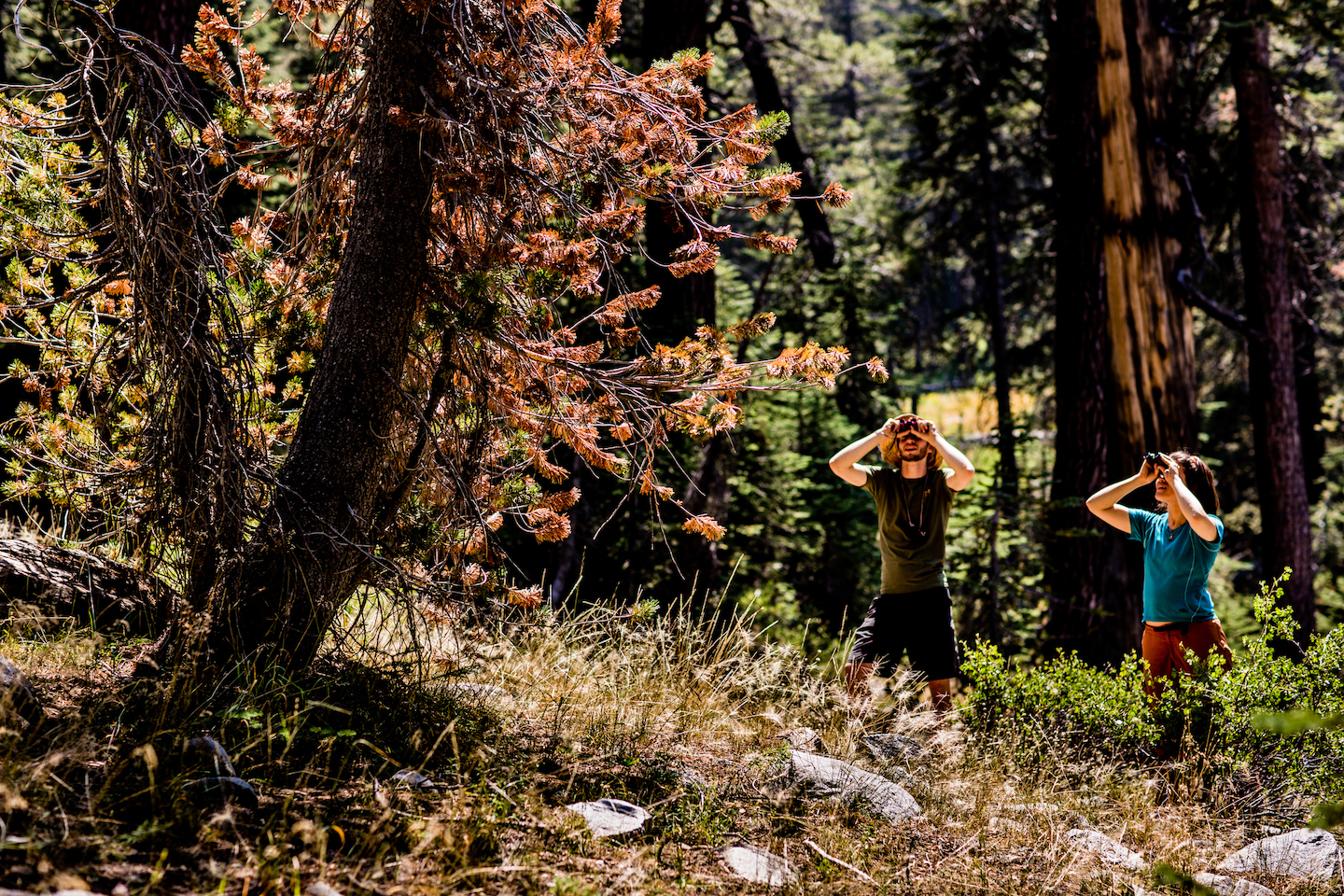 They found that the optimal climate for blister rust moved into higher elevations between 1996 and 2016 — a warmer, hotter period than the previous two decades. Climate change decreased the prevalence of blister rust disease by 5.5 percent in arid, lower elevations and increased its prevalence nearly 7 percent in colder upper elevations. This amounted to an area expansion of about 200,000 acres, which exposed the majority of hosts in Sequoia and Kings Canyon national parks.

Though infection risk increased in the parks, the overall prevalence of the disease declined in the area. That surprising result is partly because many of the infected trees in the lower elevations died between surveys, and it became too warm and dry for new infections to develop there. Meanwhile, the secondary hosts the pathogen requires — such as currant and gooseberry plants — are not abundant at higher elevations, although that could change as the climate warms.

For white pines, the forests above Sequoia and Kings Canyon national parks have long served as a small refuge from white pine blister rust, but the projected expansion of the disease under climate change threatens that refuge, the study suggests.

The authors said that white pines in the study area’s upper elevations are “disease-naïve.” The same harsh conditions they adapted to also restricted most diseases and pests. Climate change is shifting those constraints quickly, leaving the trees more vulnerable. 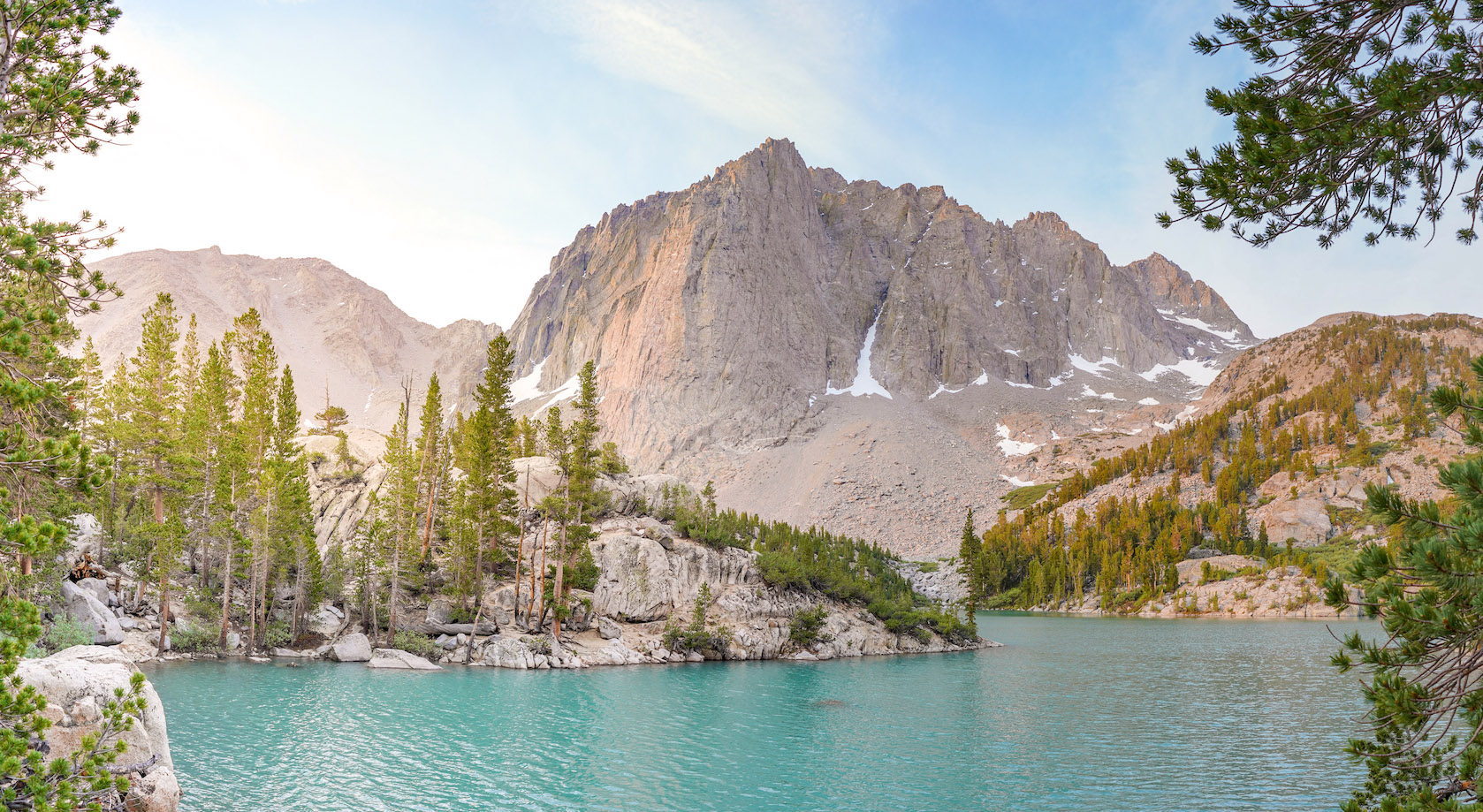 While the white pine outlook appears grim, Dudney said being proactive about disease prevention could help slow the spread and detect new invasions. “Once they’ve experienced an epidemic, we have little recourse but to triage the area,” she said.

This article was lightly adapted from a UC Davis press release.