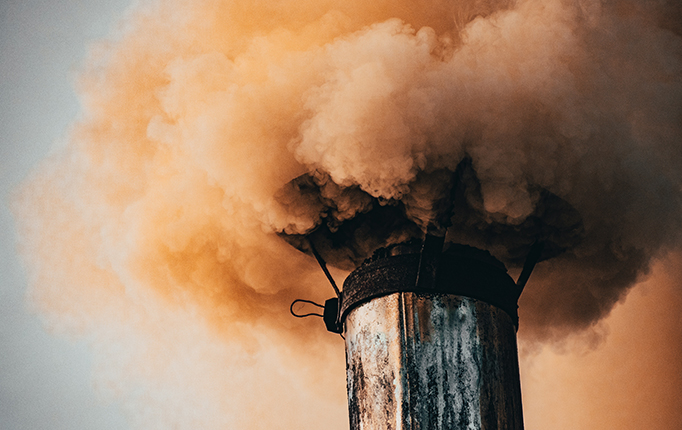 Over the coming decades, the economy and society must dramatically reduce greenhouse gas emissions. But even a future low-​carbon economy will emit greenhouse gases; for instance, in the manufacture of cement and steel, in the production of livestock and farming, and in the chemical and pharmaceutical industries. Negative emissions technologies, which actively remove CO2 from the atmosphere, are therefore critical to meeting climate targets.

Two researchers affiliated with the Department of Environmental Science, Policy, and Management, alum Lorenzo Rosa and assistant Cooperative Extension specialist Daniel Sanchez, are co-authors on a new study that calculates the potential of one such technology in Europe. The technology involves a combination of biomass energy generation with the capture and storage of CO2, or bioenergy with carbon capture and storage (BECCS).

The study, also co-authored with professor Marco Mazzotti at the Institute of Energy and Process Engineering at ETH Zürich, was recently published in the journal Energy & Environmental Science. It was among the first analyses of the potential of a European-wide CO2 removal strategy. It quantified the potential of BECCS technology, analyzed its environmental and industrial effects, and described the current biomass availability of European countries, power plants, and infrastructure.

BECCS involves capturing the CO2 produced by combustion processes and collecting it in underground storage sites. It is transported several thousand feet below the surface, where it remains trapped and cannot be released into the atmosphere.

The authors show that, if BECCS were exploited to its full potential, it would reduce carbon emissions in Europe by 200 million tonnes per year—an amount equal to 5 percent of European emissions in 2018 and representing a substantial proportion of the 7.5 billion tonnes of CO2 that Europe has pledged to cumulatively reduce by 2050.

"We can reach the goal in two ways,” said Rosa, now a postdoctoral research associate at the Institute of Energy and Process Engineering at ETH Zürich and lead author of the study. “The first is to use energy sources such as wind and solar with almost zero climate impact, essentially eliminating the emission of CO2 from our production processes. But realistically, we must admit that there are industrial sectors in which this possibility is still very remote.”

In Europe, companies in the pulp and paper industry offer the greatest potential for BECCS, while other important sources include waste incineration plants, heat and power plants that run on wood, biogas plants that process compostable municipal waste or inedible plant and animal byproducts, wastewater treatment plants, and manure from livestock.

“Whether in California or in Europe, policymakers need to know how much they can rely on negative emissions to fight climate change. Studies like this can help us deploy an appropriate and sustainable amount of carbon removal,” said study co-author Daniel Sanchez.

Rosa added that, wherever possible, it is preferable to use zero impact energy sources. However, he noted that where it is not applicable, bioenergy is a preferable source to fossil fuels because it can remove carbon from the atmosphere if the CO2 is collected and stored. “Unfortunately BECCS is known but not widely implemented,” he added.

“We must act now: where decarbonisation cannot be achieved, CO2 emissions need to be balanced,” said Rosa. “Planting forests is needed, but it is not enough: carbon dioxide must be removed from the atmosphere when it is emitted."

This article is adapted from press releases from the Institute of Energy and Process Engineering at ETH Zürich in Switzerland and the Polytechnic University of Milan in Italy.