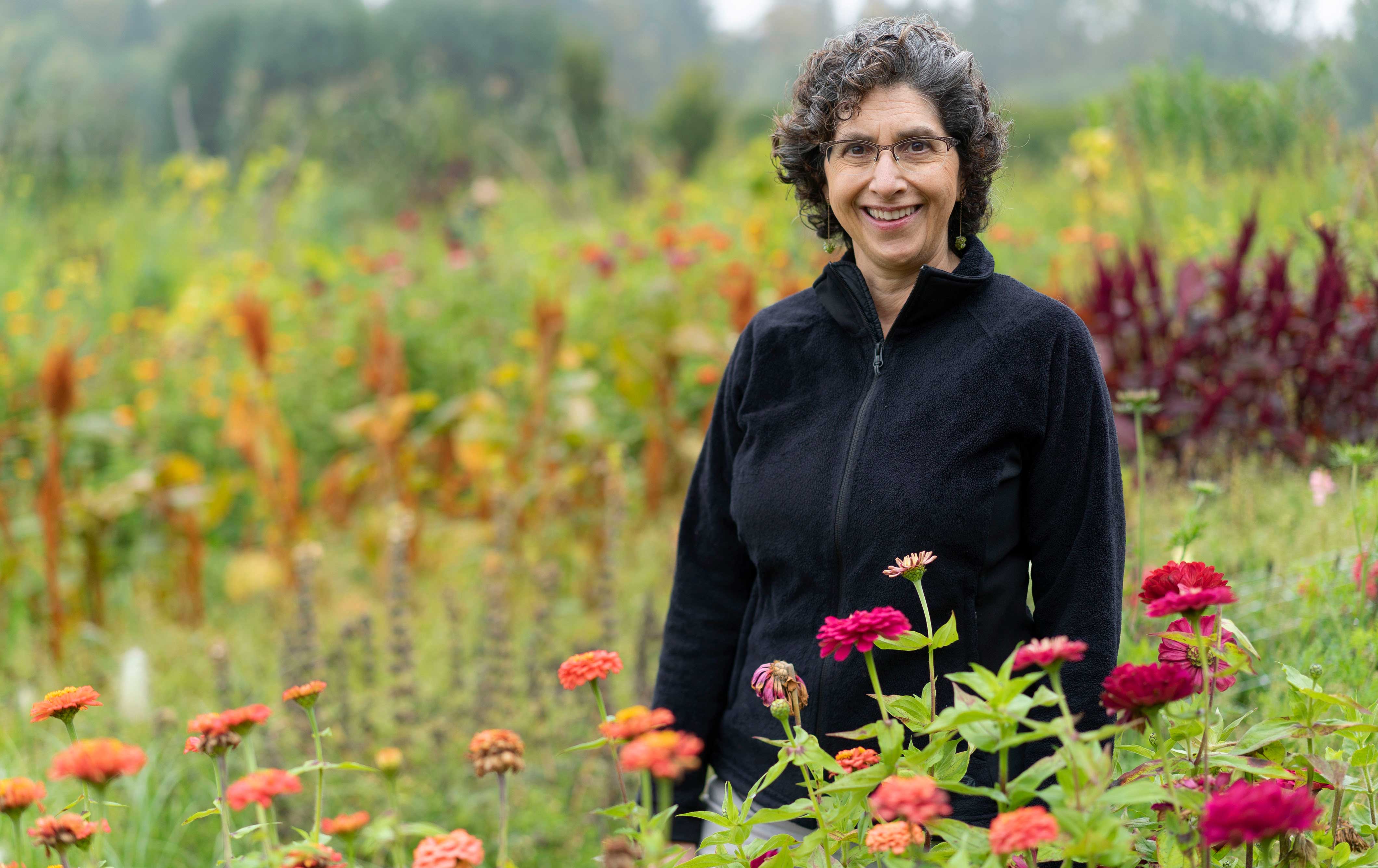 Professor Claire Kremen, a conservation biologist, is awarded the Volvo Environment Prize 2020. Her research focuses on how the world can feed itself while protecting biodiversity. Photo: Richard Amies

Globally, the lands where humans extract resources through farming, ranching, and forestry occupy somewhere between 60 and 70 percent of Earth's terrestrial surface. Unfortunately, such “working lands” are often managed to the detriment of wild animal, plant, and insect populations.

"With very large-scale agriculture, we are simplifying landscapes a lot. It makes them much less hospitable for most species," said Kremen, who is a professor in the Department of Environmental Science, Policy and Management.

According to a recent report by the World Wildlife Fund, wildlife populations have fallen by more than two-thirds in less than 50 years. The report recorded an average 68 percent decline across more than 20,000 species of mammals, birds, amphibians, reptiles, and fish since 1970.

Less known is the status of decline among insects. An expert on wild bees, Kremen said she's concerned about how insects are faring. "If we didn't have pollinating insects, we'd be interfering with the reproduction of about 90 percent of plant species,” she said, adding that about 75 percent of the crops humans eat benefit from pollination by insects. “We really need these creatures. If we don't have them, we're not going to have all the fruits and vegetables that are so important for our nutrition."

Kremen’s research focuses on the benefits of diversified farming practices, such as growing multiple crops within the same field, planting hedgerows to create habitat, and incorporating small areas of native vegetation and forest borders into agricultural lands. Critics of diversified farming say that such methods make farms much less productive, with smaller yields in a world where the human population is rapidly approaching 8 billion people.

"I would push back on that," said Kremen. "Some of our agriculture is producing food at a high cost. It produces a lot of greenhouse gases or produces nutrients that end up causing dead zones in the ocean. Sometimes the soils have been mined of their fertility, and they can't be productive in the future."

Diversified agricultural lands, she says, can in fact be extremely productive. “Farmers could promote natural pest control by harnessing the powers of nature, thus reducing the need for pesticides,” Kremen said. “We would preserve the ability to provide clean water, to store carbon in the soils, to provide habitat for biodiversity, even to provide beautiful landscapes that people enjoy."

The Volvo Environment Prize is one of the scientific world's most respected environmental awards. For more than 30 years, it has been granted annually to people who have made outstanding scientific discoveries within the environmental and sustainability fields. The award will be celebrated on November 12th with a live streaming prize ceremony and seminar.

According to the jury of the Volvo Environment Prize Foundation, "Professor Kremen's work on diversified farming systems and conservation has helped us to understand how the increasingly globalized food system affects biodiversity, sustainability and equity, and—most importantly—how to significantly improve this system so that we can feed ourselves while protecting biodiversity and mitigating climate change."

Kremen is also a professor and the President's Excellence Chair in Biodiversity at the University of British Columbia, Canada.

For more information about the award and how to attend the online celebrations and seminar, visit the Volvo Environment Prize website.