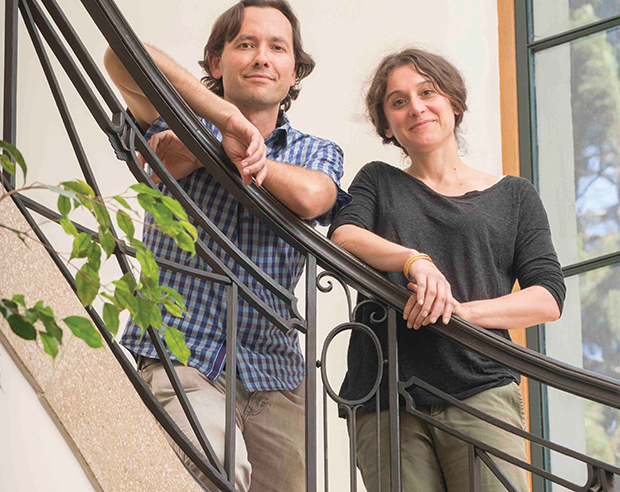 Chlorine dispensers at water sources in developing countries can markedly reduce the risk of childhood diarrhea. Text-message updates on water availability can save time and money for ultra-poor women and girls faced with unreliable access. Flood-tolerant rice can improve yields and increase economic stability for India’s most marginalized farmers.

These are among the findings of recent research from the UC Berkeley–based Center for Effective Global Action (CEGA), but they’re not strictly academic. In all three cases, the results have supported or inspired on-the-ground interventions, affecting the lives of millions of people.

Not your ordinary university-based research lab, the eight-year-old CEGA—located in Giannini Hall—is geared toward driving global development policy and programming, often taking its cues from major human rights funders like the Bill and Melinda Gates Foundation, the William and Flora Hewlett Foundation, and the U.S. Agency for International Development. “It’s not only trying to disseminate the research and promote the scale-up; I like to say it’s steering the ship toward problems that society has recognized,” says CEGA executive director and cofounder Temina Madon. “We try to be nimble and adaptive and figure out where there are gaps that we can usefully fill.”

“It’s not only trying to disseminate the research and promote the scale-up; I like to say it’s steering the ship toward problems that society has recognized.
— Temina Madon, CEGA executive director and cofounder

More than 60 CEGA-affiliated researchers at the University of California, Stanford University, and seven other West Coast universities use rigorous evaluations, data-science tools, and novel measurement techniques to assess the impacts of large-scale social and economic development programs like those above. But their purview extends well beyond water, agriculture, health, and economics to areas including education, labor, infrastructure, and the environment, representing a holistic view of the complex development challenges facing the planet today.

Still, it’s not a reach to see water issues as the hub from which the center’s core research sectors extend like spokes on a wheel. That’s particularly true when one’s perspective includes climate change, which is likely to modify precipitation patterns around the globe, exacerbate public health challenges tied to drinking water and sanitation, and—as other high-profile CEGA research has shown—lead to increased human conflict triggered by flooding and drought.

The Power of Rice 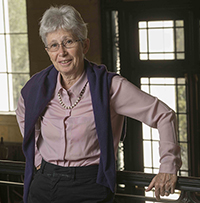 Perhaps no water-related work out of the center has had quite as massive and swift an impact on people’s lives as research by College of Natural Resources professors and CEGA cofounders Alain de Janvry and Elisabeth Sadoulet into a new strain of rice in Southeast Asia. Their 2013 study on the agricultural and economic benefits of a flood-tolerant new variety resulted in heavy investment and widespread distribution by the Indian government. “It is now covering millions of hectares in areas where there is a risk of flooding,” de Janvry says. As the initial paper and a second now-pending publication show, that’s a huge boon to countless small-scale farmers and their families in eastern India and Bangladesh.

Developed through selective breeding by researchers at UC Davis in collaboration with Indian scientists and the International Rice Research Institute, the new variety is a twist on an old favorite, the regional staple Swarna. Nutritious and high yielding yet prone to fail after flooding, the crop can be a liability to poor farmers working low-lying lands. But a single gene expressed in the new Swarna Sub1 variety allows it to survive all but the most severe flooding.

“The rice stays put and kind of holds its breath underwater, if you like, for up to two weeks,” de Janvry says. Once the water recedes, it resumes growing. Through a controlled field experiment, he and Sadoulet quantified this benefit in terms of seasonal productivity as well as farmers’ longer-term economic stability. “The idea is that once farmers know they’re going to be protected in bad years, then they’re going to invest more in their rice every year, knowing that they will be less at risk,” de Janvry says.

Both the Problem and the Solution

It’s a great success story, but not the only recent example of water-related research leading to widespread deployment of a proven solution in the developing world. A project by Berkeley economics professor and CEGA faculty director and cofounder Edward Miguel that began a decade ago by evaluating the health benefits of spring protection in rural Kenya—enclosing spring-fed water sources in pipes and concrete basins to prevent contamination—evolved into the development of an even cheaper plastic chlorine dispenser for use at water sources.

Field-testing revealed that the dispensers, which deliver a small amount of the bacteria-killing chemical for standard-size jerricans, reduced childhood diarrhea rates by about 25 percent. According to the World Health Organization, diarrheal disease is the second-leading cause of death in children under five worldwide, resulting in an estimated 2.2 million deaths every year. Once Miguel’s research came out, a number of organizations began rapidly distributing the dispensers throughout Southern and East Africa, Haiti, and South Asia.

Today, more than 2 million people have access to safe water thanks to the devices, and within the next few years the nonprofit Evidence Action aims to increase that figure to 25 million, at a cost of about 50 cents per person per year. “They’re really scaling up fast,” Miguel says. “They’ve received a lot of money to do this, and they’re reaching out quickly. It’s really exciting.”

Miguel’s work has led to other important research by Berkeley faculty. CEGA affiliate and public health professor Jack Colford is coordinating a massive, multinational undertaking called WASH Benefits, designed to generate evidence on the health and developmental benefits of household water treatment, improved sanitation and latrines, hand washing with soap, and nutritional interventions during the first two years of life. Currently, almost no data exist that would allow direct comparison of the benefits or cost-effectiveness of these simple interventions.

Launched in 2009, the $10.9 million, Gates Foundation–funded study includes two randomized controlled trials to measure health outcomes after two years of intervention among more than 10,000 newborns in rural Bangladesh and Kenya. Results are due out late next year.

Diarrhea and other intestinal infections remain a primary target, but they’re not the only one. “The hypothesis is that these interventions we’re doing are also going to impact the growth of the children, and that potentially has much longer-term benefits,” Colford says.

Water plays a complicated role in the equation as both a pathogen exposure route and a potential solution, he notes. Water availability isn’t a major problem in either Kenya or Bangladesh, but water quality is critical—whether the water is used for drinking, washing, or sanitation. As Miguel’s research on chlorine dispensers showed, about three-fourths of diarrhea cases are unchanged by access to clean drinking water. The task before the WASH study is to quantify the benefits of other approaches, both individually and combined. If history is any guide, the implications could be huge.

A Source of Conflict

It’s harder to say how, exactly, we’ll respond to thought-provoking findings from Goldman School of Public Policy professor and CEGA researcher Sol Hsiang that water access could become an increasingly relevant factor in human conflict and violence as climate change progresses. Evidence reviewed by Hsiang, along with Miguel and Marshall Burke, PhD ’14 ARE, points to drought having played a significant role in the collapse of the Mayan Empire, the rise and fall of dynasties in China, and the demise of the ancient city of Angkor.

Such upheaval could well happen again, Hsiang says. “With rainfall, climate change is going to cause some places to become drier and others to become wetter. We’ve observed historically that when you have these extreme rainfall patterns, whether dry or wet, populations tend to engage in more violent behavior. We expect the climate to move more toward the extremes, and we know that the extremes are where we observe higher rates of violence.”

Localized examples already exist in the modern world, Hsiang says, including evidence that in India, Hindu-Muslim riots are more common when there’s less water, as is domestic violence against women; in the Amazon, land invasions for agricultural uses are more common following periods of abnormally high or low rainfall; and in conflict-ridden areas of Africa, violence also may spike when rainfall is very high or low.

In most if not all cases, Hsiang believes, the link hinges on agriculture and farming, because precipitation extremes can have profound effects on yields, which in turn impact both nutrition and finances.

And that leads back to CEGA’s core mission: solutions like rainfall and flood insurance or more drought- and flood-tolerant crop varieties, to keep families afloat during tough times. “We’ve documented the basic relationship,” Hsiang says, “and now we’re trying to figure out exactly what’s going on, so that we can formulate very specific policies to target these effects.” 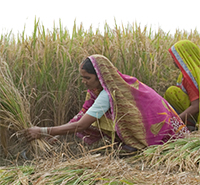 A Group of “Activist Scientists”

At its core, the Center for Effective Global Action’s model is simple: Policy makers define priorities, and research affiliates tackle them with the goal of developing, applying, and scaling up solutions. That’s been the center’s mission from the very beginning, when Temina Madon, Edward Miguel, Alain de Janvry, Elisabeth Sadoulet, and three other Berkeley colleagues collaborated on its founding in 2007.

“It was originally this group of what I like to call ‘activist scientists’—researchers who were committed to doing research with social impact, and getting a positive public benefit from their results,” executive director Madon says. Since then, the vision has expanded significantly: