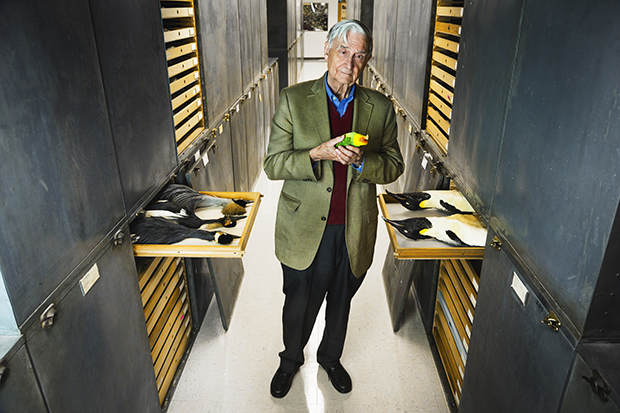 E.O. Wilson on Saving Half the Earth

When I called E. O. Wilson—the world’s foremost biologist, expert on ant societies, coiner of the concept of “biodiversity,” and founder of the field of sociobiology, among other notable achievements—he was hard at work on his 31st book, due out in 2016, tentatively titled Half Earth: The Struggle to Save the Rest of Life. He offered a preview of the book’s detailed arguments for legally preserving more land and ocean to protect the world’s rapidly disappearing species. 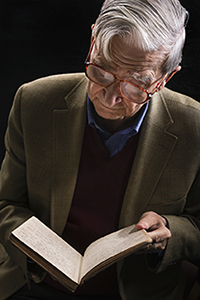 We discussed the long-term odds for Earth’s biodiversity (including the rather self-absorbed human species that happens to depend on “the rest of life”), as well as his work helping to restore Mozambique’s Gorongosa National Park; the success of the E. O. Wilson Biodiversity Foundation’s iBooks Textbook, E. O. Wilson’s Life on Earth; and the importance of the national park system in educating the next generation of citizen scientists.

Breakthroughs: The subject of your keynote address at the UC Berkeley–based national parks summit this March was “Setting Aside Half the World for the Rest of Life.” In your 2002 book The Future of Life, you noted that just 10 percent of the planet’s land surface was “protected on paper,” and that this was not enough to save “more than a modest fraction of wild species.” Since you wrote that, has the urgency of protecting land to preserve biodiversity increased? Or have we made any progress?

“There really has to be a shift in the moral ground by which we consider the living world.”

E. O. Wilson: I think we’ve had mainly a holding operation. The figures for success or failure on major conservation efforts for the past 100 years—and they’ve been noble and hard-won advances—have been about 20 percent of vertebrate species saved that were endangered. That’s OK, that’s an effort. But when you run that over a long time period ahead, it doesn’t bode well for Earth’s biodiversity.

Specialists using fossil data have found that due to human activity, we are at very roughly somewhere between 100 and 1,000 times the background extinction rate [the standard rate of extinction during Earth’s geological and biological history before human influence]. And that’s accelerating, because of continued shrinkage of the biologically richest areas. It’s essentially a death of a thousand cuts—a little bit taken here, a little bit ceded to an oil company there.

Plus there’s the impact of global warming and acidification of the ocean. These things are mounting. Even though there are efforts to slow them down, they aren’t working too well. We have to do something very much more ambitious. There really has to be a shift in the moral ground by which we consider the living world.

We live on a little-known planet. The number of new species described every year is about 18,000. That means that we will complete the census of the world’s flora and fauna in the 23rd century. By that time, a large part of it will be gone. Now you know why I’m suggesting we keep one half of the planet in reserves.

It reminds me of that H. G. Wells quote from The Outline of History: “Human history becomes more and more a race between education and catastrophe.” 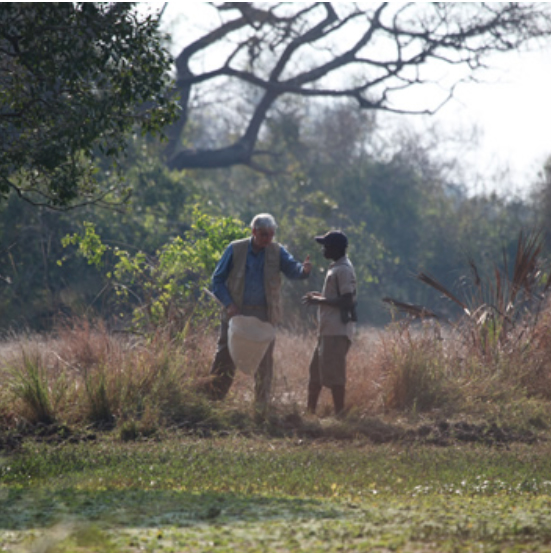 Do you think that’s really possible—setting aside half the planet?

I’m confident we can go from 10 percent to 50 percent coverage, land and sea. A large part of my new book is devoted to where [that 50 percent] is, what’s in it, how it can be pieced together. It could be immense reserves that still exist, like in the Altai Mountains of Mongolia; in the taiga, the major wilderness areas of Congo; in Papua New Guinea, the Amazon—these can be made inviolate reserves; they can be pieced together. Likewise for smaller reserves all the way down to 10 hectares granted to the Nature Conservancy somewhere. 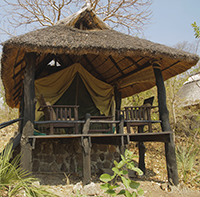 And this includes the necessity of accommodating people living within those reserves. Any proposal to massively increase the protected land and sea is going to have to take into account what most people consider primary to their hopes and intentions. Our species might just luck out, with enough dropping population, improved production, and shrinking ecological footprint that we can win the race to save the rest of life.

How do the national parks figure into this larger effort? 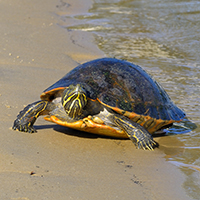 I was present with Jonathan Jarvis [director of the National Park Service] when he inaugurated the National Parks Institute, a university–national park partnership. In 2011, we were at Yosemite and the University of California, Merced, which is environment-oriented. The idea is an alliance in which the university is leading research and education, enhanced by the resources of Yosemite. Now with Jarvis and his advisers, and I hope with the approval of Secretary of the Interior Sally Jewell, we could have a whole new chapter.

We have shown in [Mozambique’s] Gorongosa National Park what a huge difference it makes to have education and science be central to the park, in terms of the quality of conservation in the park and, in addition, doing research on biodiversity at the expert level, with facilities for visiting scientists. Also, young Mozambicans can start their education in schools located around the park, go to high school level, then get further training and move on to higher education and important positions in government. 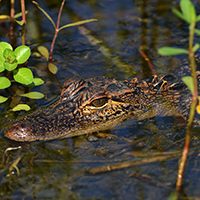 Coming back to the United States: The best way to introduce students to science—not just those committed to being scientists but everybody—is to have them explore the biodiversity around them. You can be a citizen scientist very quickly. You can involve students in park systems and reserves, in projects that give them a much better view of science than just telling them about submersibles in the Mariana Trench [the deepest region of the world’s oceans, in the Pacific]. Take them out and say, “Here’s what’s going on! Half of the species in this group can be found here!” That’s the idea. 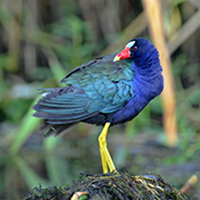 What is the importance of the U.S. National Park Service in protecting biodiversity? Does it lie mostly in preserving habitat for critical ecosystems, or in educating the public about their importance?

They are complementary. The bigger we make our national park system, and the more that we can engage science and education activities within it—those two together are going to make the NPS extremely valuable. I’m hopeful our leaders will see that. 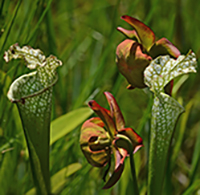 What are some special places in the United States that you think should be considered for some kind of national preserve or park status? For example, you’ve been advocating for a preserve in Alabama’s Mobile-Tensaw River Delta?

There is no major national park anywhere on the Gulf Coast. That’s amazing! The Everglades don’t count, and they’ll be underwater in the next 50 years, anyway. [Editor’s note: The Jean Lafitte National Historical Park and Preserve is located in Louisiana but is not considered a “major” national park.] The Mobile-Tensaw River Delta national park unit would encompass up to 450,000 acres, including the Red Hills, just to the north, a deeply cut system of ravines with old-growth longleaf pines, Ice Age flora left in the deep ravines when the continental glaciers retreated—great stuff! 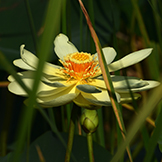 There are two rivers, the Mobile and Tensaw, running parallel on either side of a geologically depressed area. It creates a large wild area that’s never been developed. It has the largest number of turtle species of anywhere in the world, something like 40 species. It’s a major flyway for migratory birds. It has a large percentage of the 350 species of freshwater fish found in Alabama. And on and on. Biologically, it would be the richest park in America.

When you look at the current state of conservation efforts, what gives you hope?

Young people give me hope . . . the NPS Biodiversity Youth Ambassadors and citizen scientists. The “bio-blitzes,” large-group species surveys, which have been so successful and have spread around the world. The iBooks Textbook E. O. Wilson’s Life on Earth, a project of the E. O. Wilson Biodiversity Foundation, is doing phenomenally well. Now it can be downloaded free, and with just word of mouth, over a half million chapters have been downloaded.

“We all should be on a mission here. This is something that overarches a lot of our petty concerns in this country.”

We all should be on a mission here. This is something that overarches a lot of our petty concerns in this country. I think it’s something younger people will be attracted to, especially if there’s a movement underway, with the prospect of making real change. 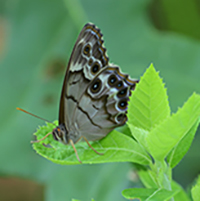 In 2011, you visited Yosemite and led a short bio-blitz, surveying species with youth and park staff. I read that you had also planned to search for a certain rare ant there. Did you find it?

I doubt that the kids were more excited than I was! Let me tell you a story—what the real naturalists call “war stories.” When I was 22, I went with another grad student and, the way you’re supposed to do when you’re 22, we visited a lot of national parks in the West, at a time when you just drove in. They had signs that said, “Don’t feed the bears.” Of course, I fed the bears, and had one of them crumple in my car window trying to get food!

I was in Yosemite to get parasitic ants. A social parasite is one species that only lives in the nest of another. We camped at Polly Dome. I immediately found the host species, and I dug up countless colonies all around the base of Polly Dome. No luck.