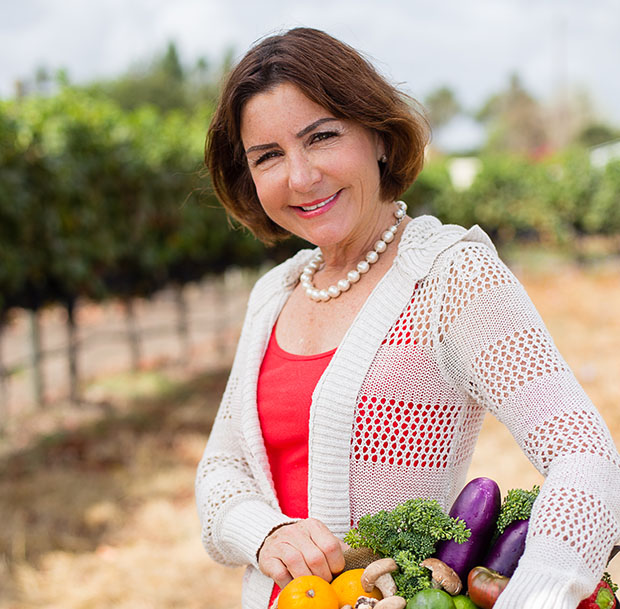 Cheryl Forberg was working on a nutrition study for women with breast cancer at Cedars-Sinai Medical Center in Los Angeles when a colleague connected her with a doctor who was helping to develop a pilot for a reality TV show about weight loss. The show was looking for a nutritionist to plan, consult, and cook. Forberg, who was just starting to integrate her two hard-earned professional credentials of chef and registered dietitian, hit it off with the doctor and signed on. “We really had no idea how many people would watch,” she says.

The show, NBC’s The Biggest Loser, would go on to become a ratings behemoth, making stars of its trainers and contestants and continuing for 16 seasons over 10 years—so far.

Behind the scenes, Forberg is everywhere. She cowrote the show’s eating plan; teaches each crop of contestants to journal, cook, and shop; and leads weekly coaching sessions. She develops recipes and messaging for celebrity-chef cooking segments, and she has authored or contributed to all of the show’s books, many of which have spent time on the New York Times best seller list, sometimes simultaneously.

Independent of the show, she recently wrote Cooking with Quinoa for Dummies. She was not enthusiastic about the initial call from Wiley Publishing. But she soon discovered that other quinoa recipe books were full of white flour, sugar, and butter. “I thought, it’s totally negating all the healthful benefits! I took it as a challenge.” She highlighted quinoa’s benefits—it’s protein-rich and gluten-free—and considers the book a creative triumph.

But Forberg is most proud of the just-released A Small Guide to Losing Big. She calls it the Cliffs Notes to everything she shares with contestants and private clients. “I drained my brain in here. This is what I’ve been teaching and doing for 10 years, and it works.” Keeping the price down was critical, she adds. “Most of my audience is on a budget—many of them shop at Walmart. So this is accessible; this is mainstream.”

Long before Loser, Forberg was already on her way as a chef, including winning a 2005 James Beard Award for her recipes in The Mayo Clinic Cookbook. A graduate of San Francisco’s California Culinary Academy, she’d apprenticed in France and was selected for the opening team of Postrio, Wolfgang Puck’s first Northern California restaurant, where she quickly learned that a restaurant career wasn’t for her.

She took on private clients, most of whom had dietary restrictions, from weight loss to the then-popular Pritikin diet. Forberg loved modifying classic French cooking with healthier ingredients, but had no mentors. Back then, she says, “chefs didn’t know much about nutrition, and few nutritionists knew much about cooking.” She homed in on that disconnect and, after a few years as a part-time nutrition student, first at UC Davis, then at Berkeley, finally made the commitment to leave her Marin-based job cooking for filmmaker George Lucas and his family and devote herself full-time to school.

In Cooking Science instructor and fellow chef Barbara Sutherland, Forberg finally found a mentor. “That class totally changed my cooking forever, because we didn’t study food science in France, or in restaurants, or at the Culinary Academy. We didn’t study why the size of a fat particle would make your pie crust flakier. We knew you had to do it with lard or butter, but we didn’t know why.” Understanding that why has made all the difference for Forberg, her clients, and her readers. 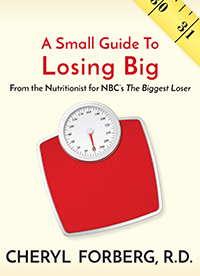 Most people get a little nostalgic when thinking back to their college days, but Forberg chokes up. “It changed my life on so many levels,” she says. “It was a completely different way of learning for me—the ideas, the people, the professors.”

And it was the timing. Her UC Berkeley memories are inextricably connected to the first real loss she ever experienced—the suicide of her best friend, who was in the early stages of AIDS. It was a devastating time, but also life-altering. “I was so vulnerable, I was just open to things—I was a wide-open slate,” she recalls.

Forberg is still open. As she sits in the state-of-the-art kitchen she and her boyfriend built, looking out over the acre they planted with wine grapes, vegetables, and fruit trees, she’s looking ahead. She hopes to return to UC Berkeley’s food sciences program to share her experience and expertise with students. She connects with her audience on social media, is open to more opportunities to be a spokesperson for healthy commodities—like work she’s done for pistachios and avocados—and is thinking about developing her own products someday.

“It’s easy for me to do media work and develop recipes and talk about the health benefits of eating certain foods,” she says. “That’s a no-brainer for me—it’s what I do.”