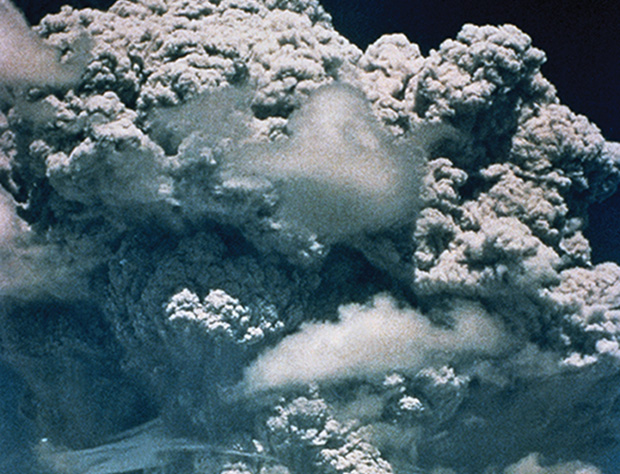 Can Extreme Science Fix the Planet? 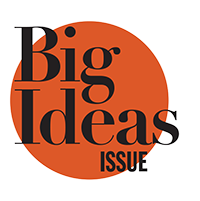 If someone asked you whether we humans should engage in large-scale manipulation of the earth’s environment, what would you say?

Assuming you’ve been following the scientific and social discussion these past few years or even decades, you might well point out that we are already doing that. It’s called anthropogenic climate change, or global warming. Our release of greenhouse gases, particularly CO2 through the burning of fossil fuels, amounts to a vast, uncontrolled geoplanetary experiment with potential consequences that we are only beginning to fathom: melting icecaps, rising sea levels leading to coastal flooding, regional drought and famine, shifting ocean currents, and thawing permafrost releasing additional greenhouse gases into the atmosphere.

But what if you were asked about deliberate large-scale manipulation of the earth’s environment, intended specifically to offset such events? That changes the discussion. Another word for this deliberate manipulation is geoengineering. And it is becoming a hot topic.

“Geoengineering research is not normal science. It is characterized by high stakes and scientific and political uncertainty,” wrote David Winickoff, associate professor of bioethics and society in the Department of Environmental Science, Policy, and Management, in an Issues in Science and Technology article calling for a government advisory committee on the topic. “It raises many red flags, especially in light of the checkered history of efforts to apply technological fixes to complex problems. And it animates larger issues at the heart of climate change politics, engineering ethics, and the problem of democratic governance in a technically complex society.” 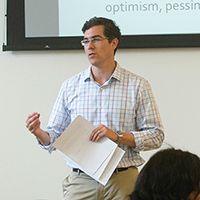 The idea of deliberate climatic modification arose as early as the 1830s with the dream of infusing clouds with particulate matter to stimulate rain. Cloud seeding was also explored during the Cold War on both sides of the Iron Curtain in what came to be called “climatological warfare.” One of the first mentions of geoengineering to mitigate the effects of greenhouse gas emissions came in 1965, in recommendations of a presidential advisory panel under Lyndon Johnson. Proposals ranged from the dreams of mad scientists to some that appeared quite doable.

Today, geoengineering looks down two basic paths. One is carbon dioxide reduction—anything that directly cuts the amount of CO2 in the atmosphere, such as massive plantings of forests, capturing emissions from power stations, and fertilizing the oceans with iron to induce massive plankton blooms, which would absorb carbon and take it to the ocean bottom.

The second is solar radiation management (SRM), an array of techniques aimed at reducing the amount of solar energy that reaches the earth. These methods include pumping sulfate particles into the stratosphere, high above where jets fly; brightening marine clouds through the addition of superfine water particles; and, more benignly, painting roofs white—all in an effort to reflect sunlight back into space.

Currently, the most keenly debated option is sulfur-aerosol injection—pumping sulfate particles into the stratosphere—potentially a cost-effective technique that, in essence, mimics the cooling effects of a good-sized volcanic eruption. Consider the real-world test case of the Philippines’ Mt. Pinatubo, which blew in 1991. The sulfate aerosols that entered the stratosphere, acting like tiny mirrors, prevented a very small portion of sunlight—perhaps 1 or 2 percent—from reaching the ground. The result was a decrease in average global temperature by 0.5°C for roughly two years. 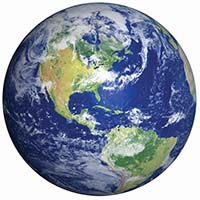 Winickoff compares geoengineering to other “tough terrains” such as biotech and biofuels, where “you have the need for a lot of technical calculations behind policy.”

In 2006, Paul Crutzen, winner of the 1995 Nobel Prize in chemistry for his exploration of the chlorofluorocarbon–ozone depletion link, submitted an editorial essay to the journal Climatic Change suggesting that it was time to begin testing the sulfur-aerosol strategy. “If sizeable reductions in greenhouse gas emissions will not happen,” he wrote, “then climatic engineering . . . is the only option available to rapidly reduce temperature rises and counteract other climatic effects.” His proposal was met with resistance. Only after several other scientists contributed balancing papers was his essay, “Albedo Enhancement by Stratospheric Sulfur Injections: A Contribution to Resolve a Policy Dilemma?” accepted for publication. The accompanying papers ranged along a spectrum of skepticism to tentative support.

Critics point out that SRM is basically a tactical, not a strategic, option—a Band-Aid that treats one symptom (rising temperatures) but not the root cause (greenhouse gas emissions). Nor does it treat other symptoms, such as ocean acidification, and it could well have side effects, such as a tweaked global water cycle. Arguably more important, many fear that achieving symptomatic relief will kill what little political will now exists to treat the disease itself.

Indeed, the most difficult aspect of SRM—in particular, sulfur-aerosol injection—is perhaps not the technology; it is the nature of the potential risks and concomitant political and ethical issues of responsibility, fairness, timing, and cooperation.

These are the questions Winickoff is investigating as part of a grant funded by the National Science Foundation. Accepting that certain science—the modeling, the methodology—is already fairly advanced, he worries about larger outdoor research and deployment. “We know we need to mitigate and reduce carbon,” he said in a recent National Public Radio talk show appearance. “And we know we need to prepare for changes that are certain to come.” But, he continued, we also need “more public dialogue. And we need to find institutions in which we can deliberate on these questions.”

Among the questions are: Should we look to cost-benefit analysis to decide whether to employ SRM? Should we emphasize basic moral principles, cultivating a more humble relationship with nature? Should we let “the people” decide, and if so, which people and through what mechanisms? Who should fund and direct the research?

“I think we should recognize that research is already happening,” said Winickoff. “But from my point of view, it should only proceed under certain kinds of institutional circumstances. And I’m interested in building those institutional capacities . . . in a controlled manner that promotes transparency and cooperation.”

Oversight and governing of research should occur at multiple levels, Winickoff believes. Nationally, he would like to see an advisory committee, perhaps modeled on President George W. Bush’s Council on Bioethics, which, rather than proposing specific policy recommendations, promoted public discussion of moral disagreements, potentially laying the groundwork for compromise down the road. Such a committee would recommend principles, policies, and practices that help legitimize research and make it safer and more ethical. It would be composed of experts from the natural sciences, social sciences, and humanities; government officials, environmentalists, businesspeople, community organizers, and military leaders with practical experience addressing complex political challenges; and representatives of constituencies with a potential stake in the issue, including people with knowledge and experience of diverse regions around the globe. It would represent diverse political viewpoints.

At an international level, he suggests, a G-20 sort of group of countries might do research and develop norms together, or even, ultimately, propose a moratorium. But, he says, it’s important to have in place mechanisms that promote deliberation in a way that doesn’t get derailed by strident special interests. And global inclusion remains critical, ensuring that all stakeholders have some sort of say and are heard. “Part of my larger research trajectory is to study how science meets the political process in advising and collective decision-making.”

Winickoff compares geoengineering to other “tough terrains” such as biotech and biofuels, where “you have the need for a lot of technical calculations behind policy. And there’s the big question of buy-in and how you negotiate whose science we should act on.”

While mitigation, innovation, and adaptation must play a greater role in our research and deliberative efforts as a global society, large-scale climate intervention—in the form of geoengineering, for one—should claim a place in our public discourse. How, or even if, we deploy it remains to be seen.

Geoengineering is “a big idea,” Winickoff says, because it’s contemplating an extreme intervention on an extreme problem. “The big challenge is how to cope with that idea. And we need to have the capacity to say no.”