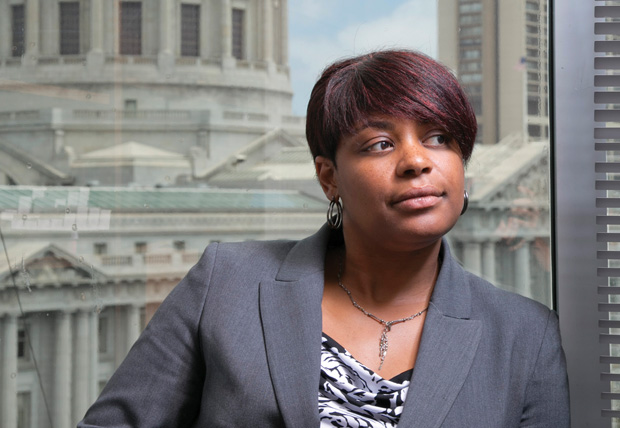 When Carla Peterman was in high school, her older brother gave her a copy of A Sand County Almanac, by Aldo Leopold. Published in 1949, a year after the famed ecologist died, the book became a cornerstone of the American environmental movement. By the time Peterman got to it, it had been out for nearly five decades, but its message lit a spark that still burns — even if numbers and policies weigh more on her day to day than the flora and fauna that concerned Leopold.

"It gave me an appreciation of the different human and biological systems and the impact we can have on the earth, and therefore the importance of responsible resource management," explains Peterman, a Ph.D. candidate in energy and resources. "That's how I developed my own environmental ethos."

California is the first state to propose energy-storage targets, making Peterman's work groundbreaking, not just at home but nationwide.

Peterman, who at 35 holds an M.S. in environmental change and management and an M.B.A. from Oxford, and has conducted research at Lawrence Berkeley National Laboratory and the University of California Energy Institute, draws a direct line from that revelation to her current position on the California Public Utilities Commission (CPUC), where she serves as the lead commissioner for storage and alternative transportation. It's a role that has everything to do with responsible management of our state's resources — including money.

"The broader picture is that as governments and states pursue clean-energy policy, they're looking for the most effective policies to drive down the cost," Peterman says. "The funds are finite, so it's important to be deploying them in an effective manner." That's where she comes in. 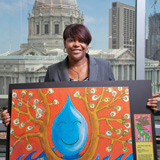 Peterman was a commissioner at the California Energy Commission when Governor Jerry Brown appointed her to the five-member CPUC in January 2013, for a six-year term. This summer she served as the mastermind and public face of a high-profile proposal to stimulate the energy-storage market in California through procurement targets — much like those in the state's renewable portfolio standard, which directs utilities to purchase 33 percent of their power from renewable sources by 2020. In this role, she proposed that by 2020 the state build 1.3 gigawatts of storage, or roughly 3 percent of average peak load.

For Peterman, the two goals work hand in hand and for more than the simple reason that they're pinned to the same year. "There's been a growing appreciation that as you introduce renewables, you have to introduce other technologies that can keep energy at a constant flow," she says. Due to renewables' intermittent production and their dependence on weather, wind, and solar, the plants lack some of the convenience of natural gas plants, which provide steady baseline power and can be fired up at will.

Fitting energy storage into the grid will help smooth renewables' power curve and allow them to stand alone, rather than lean on backup gas generators. "Storing energy allows us to use it at higher-value times without creating the air emissions you would have from burning fossil fuels," Peterman says. "The technologies are emerging, so they are high cost. But they are also high benefit."

California is the first state to propose energy-storage targets, making Peterman's work groundbreaking, not just at home but nationwide. The markets energized by California's new policies could likewise spill over state lines.

Peterman's proposal was under review over the summer and should be finalized this fall. Meanwhile, she's also overseeing CPUC initiatives to integrate electric vehicles into the grid, electrify heavy- and medium-duty transportation, including at ports, and remove market barriers to biogas energy, in addition to other proceedings around telecommunications, railroads, water, and natural gas.

"I'm lucky to have the vantage point I have because I get to learn about all these different topics and see the connection," Peterman says. Her Energy and Resources Group (ERG) studies — her dissertation addresses the impact of public policy on renewable energy costs — have reinforced the notion that there's no single solution to the state's air-quality and climate-change issues. A colleague once told her that being an ERGie means being the mortar that holds the bricks together in a building. "Having an interdisciplinary education allows me to play that mortar role."

"It's an exciting time to be in energy," Peterman continues, revealing the passion that first set her on this path. "You can make a difference."