Can Nature Save Us? Stories from the Natural World 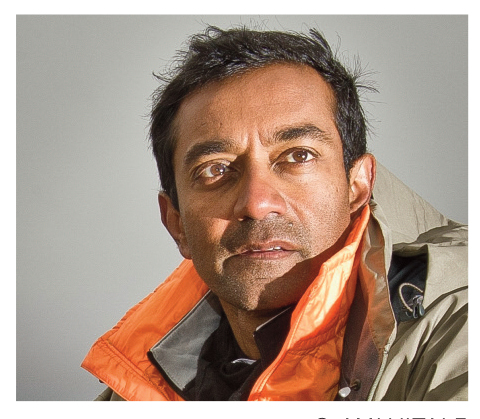 At a time when humanity’s demands on the natural world have never been greater, Dr. M. Sanjayan’s keynote address highlights nature’s essential role in creating a livable future for people everywhere. He focuses on how we need to reframe environmentalism in order to move forward, as well as shares stories from Conservation International’s work to help communities thrive.

Doors will open at ​6:30 p.m.
​Note: Seating is limited at this first-come-first-served event. The lecture will be videotaped and made available online after the event.
FREE

Since joining CI in 2014, Dr. Sanjayan has led several key divisions including Oceans, Science, Development, Brand and Communications and Strategic Priorities. He has also overseen CI’s production and distribution  use of virtual reality filmmaking, which includes Valen’s Reef and Under the Canopy, and has led CI’s critically acclaimed brand campaign, “Nature Is Speaking.”

Dr. Sanjayan holds a doctorate from the University of California, Santa Cruz, and his peer-reviewed scientific work has been published in journals including Science, Nature and Conservation Biology. He is a visiting researcher at UCLA and a distinguished professor of practice at Arizona State University.

Raised in Southeast Asia and Africa, Dr. Sanjayan’s unique background and expertise has attracted widespread media coverage. His appearances include “The Today Show,” “The Late Show with David Letterman,” “CBS This Morning” and “CBS Evening News,” and he has hosted and cohosted a range of documentaries for PBS, BBC, Discovery and Showtime. Currently he is the host of the University of California and Vox Media’s Climate Lab series.

Dr. Sanjayan is a Disneynature Ambassador, a Catto Fellow at the Aspen Institute and a member of National Geographic Society’s Explorers Council. He posts frequently from his expeditions at @msanjayan.